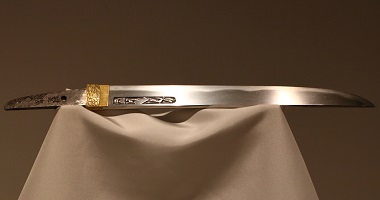 A fixed tanto knife makes an excellent combat knife. Tantos are ferocious fighting knives which have been used in Japanese warfare for centuries.

A tanto blade offers many advantages as a tactical knife. They’re relatively short and have a thick spine.

This means they can be used for high-stress applications like armor piercing, prying and even be used as a wedge for hammering.

The 45-degree means you can get a lot of power out of stabs without worrying about the blade snapping off.

Their widespread use by Special Forces and law enforcement pays testament to their longevity and effectiveness. This has given rise to a wide range of high-quality models offered by the top manufacturers in the industry.

Here is our list and reviews of the best fixed tanto blades in 2021. Scroll down to find the reviews, videos and more!

This tanto is the official combat knife of the Bundeswehr – the German Armed Forces.

When you consider Heckler & Koch are also their sidearms of choice, the KM2000 is in esteemed company.

So this is a military knife that designed to take a lot of abuse. It’s partially serrated, with the idea being they’ll rip/cut after the plain edge has become dull.

Speaking of keeping an edge, this blade is made from Böhler N695 steel.

This is an Austrian stainless steel which is basically 440c with added copper.

It only has a HRC of 57, so it isn’t what I would class as a “premium still”.  Still, you can expect it to have good corrosion and wear resistance.

If you wondering what the single screw is for….it holds the full-tang in the handle.

The tang actually sticks out of the handle a lit bit for what is affectionately known as a “Skullcrusher”. It’s marketed as a window breaker and I can see it fulfilling this purpose equally well!

There is a free synthetic sheath / wearing – and it doesn’t disappoint!

It’s made from solid Polyamide – which puts it a bit on the heavy side. But a massive plus is it keeps the knife nice and secure. There’s absolutely no danger of it slipping out.

All in all, the KM2000 could be the best-looking tanto combat knife on the market.

However, the price is very off-putting.

Yes, you do get a free belt sheath and a diamond sharpener…. But you might find more value in others on this list – and prefer a knife that’s made in the U.S.A.

The Cold Steel 3V Recon Tanto is one of the best tactical tantos available. It’s a full-tang, 7″ fixed blade being 11 3/4″ overall.

This is a knife that many professional soldiers are willing to stake their lives on.  It’s been field tested over many years and has been deployed to various active war zones such as Afghanistan and Iraq.  It has even been standard issue for Navy Seal candidates during their arduous B.U.D.S training.

Its ultra-durable, full tang design includes a hardened, rubber-like handle. The handle is both shaped and textured to ensure maximum grip.

This knife won’t accidentally slip out of your hands at the wrong moment. It also has a unique fastening apparatus that will prevent the handle from ever moving on the tang.

The blade is constructed from very hard CPM-3V tool steel. This is among the hardest steels available for practical use and is employed so that the blade can repeatedly penetrate armor without deforming or losing its edge.

The Recon Tanto is also available in impressive VG 1 “San Mae III” steel in this model, too.

Check out their video of their impressive Recon Tanto in action:

One drawback to using such a hard steel type is that the knife is a little harder to sharpen. But this is not a hunting tool, it’s a tactical weapon.

As a first or second line defensive weapon, there are few better fixed blade knives than the Cold Steel Recon Tanto 3v.

Ka-bar has supplied the military with combat knives for decades. Their 1245 Tanto is considered by many to be the best “Combat Tanto” on the market. But just what makes this fighting tanto so revered?

Well, its  8″ blade is made of high quality 1095 Cro-Van steel. This is a carbon steel that can hold an edge under heavy use but is also easily sharpened.

It is an attack and defense knife, and the thick tanto blade gives it immense piercing power. It’s a widely used favorite among the military and law enforcement personnel.

There’s an interesting discussion as to whether the Ka-bar Tanto is full-tang or not. In actuality, it’s a modified rat-tail  (partial) tang. Similar to the Ka-Bar USMC (which we reviewed here), the tang is pressed into the pommel.

This process widens the end of the tang so the pommel is held more securely. This makes for a better-balanced knife with a comfortable grip.  Even with gloves or under wet conditions, this Ka-bar will stay securely in your hand.

The handle itself is constructed of Kraton G. This is an advanced synthetic rubber. As you can see, it is grooved, textured and shaped for maximum grip. It also features a large pommel and cross guard. These are absolutely essential to prevent cuts when stabbing.

The Ka Bar 1245 Tanto also comes with a sheath that can be attached to a belt or even a Molle unit, with a little inventiveness.

Be warned, the sheath does have a button that can leave a scratch mark on the blade. This is a superficial problem but we hope it will be resolved by Ka-Bar in future iterations. A plus point is you can use the sheath for the Ka-Bar USMC as well.

Another big plus is the Ka-Bar Tanto is made in NY, USA. When you receive yours, be sure to check the stamp on the side of the blade.

For the price, the Ka Bar Tanto is an excellent piece of weaponry which might just save your life.

If you’re looking for a Tactical Tanto that is silent, comfortable to carry and easy to get to in a hurry – the Gerber Prodigy Tanto is it!

The Gerber Prodigy is equally at home as an urban carry or for military deployments. With a full-tang, 4.75″ blade and 9.75″ in total, it’s big enough for combat and small enough to deploy in tight spaces. At just 7.35 oz, it’s also light enough to carry comfortably for an extended period of time.

The wickedly sharp tanto blade is made from tough 420 HC stainless steel. This is a hard steel which will hold an edge well but also sharpen up easily. The Prodigy has a subdued black oxide finish so it’s corrosion resistant and also won’t flash reflected light.

The handle sits atop a full tang and has a TacHide grip. This is textured, contoured and grooved for solid gripping. TacHide is a synthetic, rubber-like polymer that is ultra-durable, flame resistant and performs well across all environments and temperatures.

The Prodigy also comes with a really great camouflaged nylon sheath. It can be attached to a belt, Molle vest or carried alone. You can adjust it to carry the knife anywhere – even the small of your back. Apart from the versatile carry options the sheath provides, there’s absolute silence when you draw the knife.

A good sheath can make or break a knife, and I’m really impressed with the work Gerber have done here – especially at this low price.

Another thing I particularly love about this knife is you can hammer with the reinforced pommel. Gerber says it for breaking windows and such, but it also makes a nice blunt trauma weapon should the need arise.

One possible complaint is the partially serrated blade. Many users prefer a cross-guard-to-tip mirror finish edge on their blades. But this is a survival knife.

While a 2-inch portion of a 5-inch blade will never be an adequate replacement for a saw, if it’s all you have it’s better than nothing. And in my experience, the minimal serration won’t significantly reduce the blade’s slicing power.

The Gerber Prodigy is a combat tanto that you’ll barely notice you’re carrying. For its low price, it could well be the best fighting tanto for the money – especially when its made in the U.S.A!

The Buck Intrepid XL was designed from the ground up as a military knife.

It still fulfills the hunting and survival roles admirably.  But the emphasis was placed on things like piercing capability, overall robustness, and suitability for combat.

In practice, this means the full tang Intrepid XL can take vicious abuse. Prying, hammering, and penetrating steel are all in a day’s work for the Intrepid. But it’s also right at home skinning, cleaning or whittling too.

The knife measures 10.5” in total length and has a 5.5” tanto blade.   Blade steel is Buck’s staple 420 HC steel. Buck like this steel because it takes an edge and holds it well. You’ll also get a fair amount of blade stability as it’s a softer grade of steel (than say 440c) so it will bend rather than break.

(BTW – If you’re looking for something with a higher grade steel, check out the Matt Would Go Seal Knife).

The textured nylon handle is not rubbery like some tac knives but nonetheless provides a firm grip. There is also a prominent cross guard to ensure even violent impacts won’t jar the knife from your grasp.

The Intrepid XL also comes with a nylon sheath. It can be attached to a belt, carried alone or attached to a tactical vest using the Molle-compatible webbing interface.

You can see an excellent video test of the Intrepid XL (in a blizzard!) below:

The downside to this tactical tanto is that its size makes it hard to conceal and carry.  It is just too large to be for normal summer clothing or fatigues. However, winter apparel will provide enough bulk to conceal it nicely. It’s also a great knife for home defense.

Overall, this is yet another fantastic product from Buck Knives.  Buck also offer a  “Forever Warranty” with lifetime replacements and repairs too.

When you consider that all Buck products are made right here in the USA, the price for the Buck Intrepid XL makes it a really great deal.

Be sure to check out our page on The Best Pocket Tantos too!